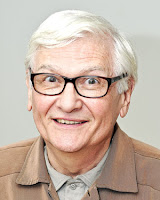 It’s likely that Ray Tatar is a familiar sight to many who visit California Stage. Tall and white-haired, the theater company’s hands-on artistic director greets every patron cheerfully.

Tatar’s theater roots go deep—although he’d initially planned a career in film. A theater gig in Southern California at Knott’s Berry Farm would eventually change that course, however. After graduation, Tatar worked in Hollywood as an intern on many TV series and films, including Funny Girl, but realized it just wasn’t his passion.

“I just couldn’t get film into my heart. Live theater always excited me,” Tatar said.

Back then, he attended UC Berkeley, where he worked at the Magic Theatre and received an MFA in directing. In the ’70s, Tatar ended up in the United Kingdom, where he worked at a theater for the deaf in London. Tatar also taught method drama at a junior college in the area—a job he got thanks to a connection he had with famed acting teacher Lee Strasberg.

When he returned to the states, Tatar worked as a drama critic for a TV station in Los Angeles, and in 1977 was named executive director of the LA Stage Alliance. In 1982, he went to work for the California Arts Council, serving under then-Gov. Jerry Brown and helping to raise millions for the theater community.

That same year, however, he also wanted a change and moved to Sacramento, where he founded the Sacramento Area Regional Theatre Alliance. SARTA, which bands together local organizations, actors, technicians and administrators to produce and promote work in the region, helped Tatar realize just “how powerful that kind of [organization] can be to service theater and community.”

Tatar only planned to stay in Sacramento for a few years, but after meeting and marrying his wife Susan, he decided to make it his home.

These days, Tatar is still active in the theater community, discovering new works for California Stage, including A Revolutionary Mind. The show, told in flashbacks and flash-forwards, tells the story of protesters who marched against the war in Vietnam.

“It’s a different type of play,” Tatar said of its unusual structure.

Its activism storyline and counterculture themes are also meaningful for him. “The heroine represents to me the boomer generation—we who marched against the Vietnam War, and who wanted to make the world better. We didn’t succeed.”

Tatar says the play speaks to the legacy of that generation and passes down the message to future generations.“We may not have been successful,” he said of the ’60s, “but maybe our grandchildren will be.”
Posted by Bev Sykes at 11:50 AM