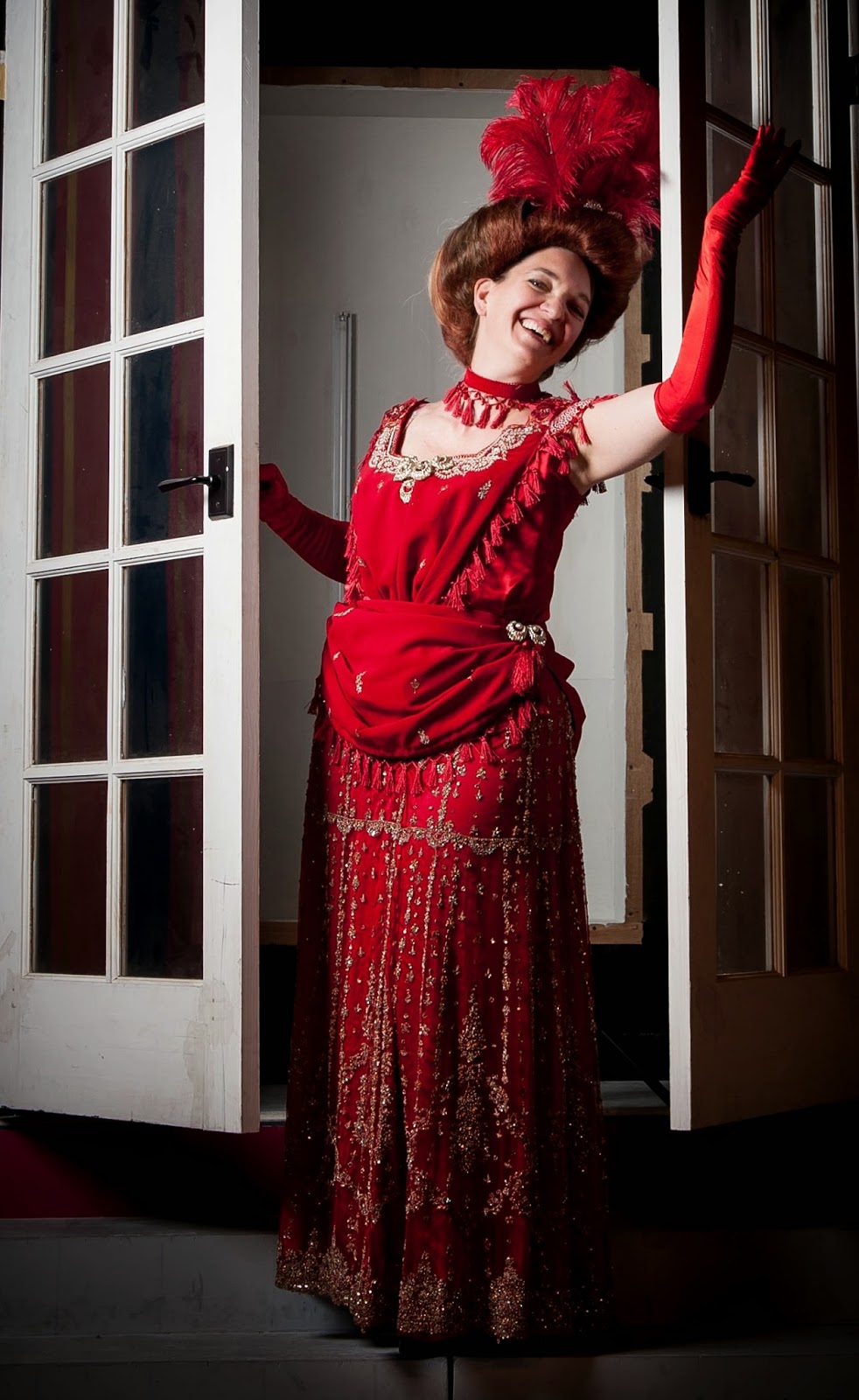 Well, hello, Dolly.  It’s so nice to have you back in town!

Mrs. Dolly Gallagher Levi (Lisa Quoresimo), the lady who “arranges things” (like furniture and daffodils...and lives) has marched onto the stage of the Woodland Opera House and taken possession.

This production of the Jerry Herman/Michael Stewart musical based on the book by Thornton Wilder was directed by Cheryl Watson, with choreography by Staci Arriaga. Quoresimo gives Dolly energy and heart as she sets her cap for the curmudgeonly “half-millionaire” Horace Vandergelder (Steve Mackay) and in the process manages to pair up a few other couples as well.

Dolly is coming back to life after a period of widowhood and is searching for a “sign” from her previous husband Ephram that it’s OK to marry again.

Mackay is a low key misogynist who appears to want a replacement for his deceased wife only as someone who can clean the house. (“It takes a woman all powdered and pink / To joyously clean out the drain in the sink”)

At the same time he is determined to prevent his niece Ermengarde (Devon Hayakawa) from marrying the love of her life, Ambrose Kemper (Cameron Turner) because he feels the young artist will not be able to provide a steady living and that Ermengarde is too immature to be married.

Hayakawa’s character has very little to actually speak, but she whines beautifully.  I have been impressed with Hayakawa whenever I’ve seen her on stage and she does not disappoint in this role which is perfect for her.

Vandergelder owns a hay and feed store and his two employees are chief clerk Cornelius Hackl (Eddie Voyce) and Barnaby Tucker (J. Hunter LaMar). Both are excellent, especially Voyce, who commands the stage whenever he is on it.

The two men, who have never left Yonkers, decide to blow up some tomato cans in the basement of Vandergelder’s store to make it uninhabitable for a day, and go off on an adventure in New York, while their boss is marching in the Fourteenth Street Association Parade.  The thirty-three year old Cornelius vows not to come home again until he’s kissed a girl.

“The girl” turns out to be Miss Irene Molloy (Dani Barnett) who runs a millenary shop with her clerk, Minnie Fay (Emily O’Flaherty).  The women, convinced Cornelius and Barnaby are eccentric millionaires, spend the day with them. O’Flaherty, a 9th grader at Emerson Junior High, nicely balances a giggily young girl with a more mature woman in her performance.  I would not have guessed that she was so young.

Mollie Smith is perfectly cast as Ernestina Money, the girl in the bizarre outfit, hired by Dolly to annoy Vandergelder and set him up for her own eventual conquest.

Most of Act 2 takes place at the Harmonia Gardens restaurant, “the fanciest place in New York.”  The choreography for the waiters has always been one of the most memorable parts of “Hello Dolly” and this production is no exception. Head waiter Rudolph (Spencer Alexander) prepares his service crew for Dolly Levi's return: their usual lightning service, he tells them, must be "twice as lightning". The waiters in this production are up to the challenge and the “Waiters’ Gallop” is something to behold.

The orchestra does well, under the capable hand of James Glica-Hernandez, and congratulations to the program people for getting (almost) all of their names in the program.  (Sorry, strings!)

By now, “Hello, Dolly” is a beloved old war horse that is a sure fire audience pleaser, and the Woodland Opera House gives her all the respect that she deserves.
Posted by Bev Sykes at 1:00 AM