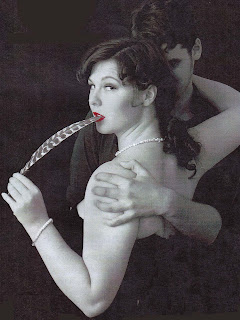 Aphra Behn was the first professional English female playwright, in the middle of the 17th century. She was one of the most prolific dramatists of her time; she was also a spy for the court of Charles II.

Behn also was wonderfully scandalous, even by modern-day standards. She was famous not only for being a pioneer female writer in a male-dominated profession, but also for addressing issues of gender and sexuality. Her forte was comedy and she created strong, independent female characters who unapologetically made their own choices.

Behn is the subject of a very funny play, “Or,” (the comma is part of the title), written by Liz Duffy Adams and directed by Heidi Volker, which is being presented through Friday by the Barnyard Theatre Company at the historic Schmeiser Barn west of Davis.
Once again, Barnyard Theatre has assembled a stellar cast, headed by Hope Raymond as the ambitious, sensual Behn. Sean Olivares plays King Charles II. Rachel Pinto is Nell Gwynne, one of the first English actresses (previously, women had not been permitted to perform on the stage) and also mistress of both Charles and Aphra.

The multi-talented Sarah Cohen plays Lady Davenant, the widowed proprietor of an acting company, who rattles off a monologue that runs the better part of two solid pages of dialogue. It’s a performance that stops the show with applause.

The maid Maria is played by Alexandra Moreno, and the “Jailer” opening night was Timothy Smith. Don Saylor, Kane Chai, Jenna Templeton and Sam Wheeler each were assigned the role for one performance.
The action begins in debtor’s prison (a really nice effect by set designer Davin Gee), with Behn composing a letter to the king, who has not paid her for her services. She writes her note in rhyme:

Before she can finish her note, she is visited by a masked stranger, eventually revealed as the king, who informs the writer that her debts have been paid and she is free to leave. He wants her as his mistress, an idea about which she is less than enthusiastic. But she needs a place to write, so they strike a bargain, with Behn dictating the terms, which include intimacies that do not extend to the bed.

The rest of the action takes place in the apartment rented to Behn by the king, where we first meet Gwynne, who is eager for both a professional and personal relationship with Behn, who is more than willling. There is opportunity for bedroom farce-like action with a front door, a bedroom door and a closet door, all of which get used for hiding and revealing.

When William returns from the dead, he is plotting to kill the king, unaware of Behn’s relationship with him and his proximity to William. The solution to the problem comes from an unlikely source, which Behn dutifully records in her pages.

In “Or,” Liz Adams has sprinkled the grave of Aphra Behn liberally with flowers and given us a wonderful, if not quite historically accurate, picture of a remarkable woman, beautifully interpreted by the talented actors of Barnyard Theatre.
Posted by Bev Sykes at 8:37 AM