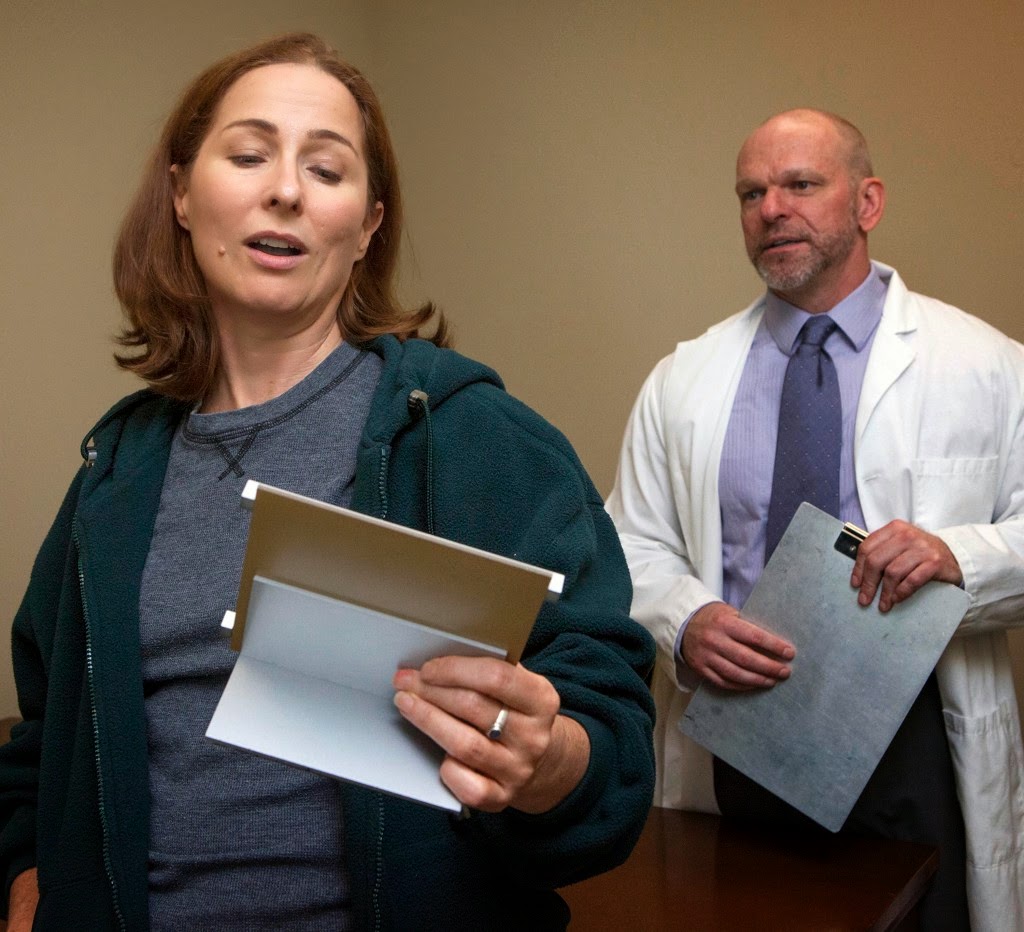 David Lindsay-Abaire may not be the name of a playwright on everybody’s lips.  Some may know him as the man who wrote the look and lyrics for “Shrek, the Musical,” a lightweight piece not likely to make much of an impression.

So expectations were not high going to Capital Stage to see his “Good People,” directed by Stephanie Gularte.  Just shows you how expectations can deceive.

The play is set in South Boston, or “Southie,” which many of us probably came to know thanks to Ben Affleck and Matt Damon’s “Good Will Hunting,” an area known as a working-class, predominately Catholic neighborhood, and home to some of the oldest housing projects in the United States. (In fact, the playwright grew up in South Boston and lived there until he won a scholarship to a private school, which he credits with changing his life.)

The story centers on Margaret (called “Margie,” with a hard “g” sound), a feisty single woman who has lived all of her life in Southie, who struggles every day to keep herself and her handicapped adult daughter going.

Rebecca Dines gives an amazing performance as Margie, with a thick Southie accent, a chip on her shoulder, and a sense that life just keeps beating her down over and over again but she is determined to fight back. Dines’ performance is one of those that, years later, you will remember and say smugly that you were there to watch her.

As the play starts, Margie is being fired from her job by her boss Stevie (Brandon Lancaster), a lifelong friend and now manager of a Dollar Store.  She has been late one too many times, lateness the fault of the late arrival of her quirky landlady Dottie (Linda Montalvo), who takes care of Margie’s daughter while she works. Dottie makes silly rabbits out of flower pots as a way to supplement her income.

Suspecting what is coming in her meeting with Stevie, Margie plays the “I remember your mother” card, to no effect.  Stevie is a good guy, and well meaning, but he has to report to “corporate,” which has ordered him to fire Margie after many write-ups for tardiness.  He offers to help her get a new job at the Gillette factory, where his brother works, but she feels she is too old for the physical demands.

Margie faces the loss of her apartment and having to move to the streets with her daughter since Dottie is threatening to move her son into the apartment if Margie can’t come up with the rent.

Margie, along with Dottie and Jean (Lori Russo) play Bingo as their one night on the town and over the cards, Jean suggests Margie look up her old boyfriend, Mike (James Hiser).  Mike got out of Southie, got a good education and is now a successful fertility doctor, married, and living in the upper class Chestnut Hill. Maybe Mike can give Margie a job in his office.

After unsuccessfully avoiding her, Mike (James Hiser) finds himself confronted face to face, when Margie shows up at his office.  Things are awkward, then sad, then confrontational.  Margie finally wrangles an invitation to his birthday party the next night, where he implies she might meet someone who has a position open in his office.  When Mike later calls to explain the party was called off because his child was sick, Margie smells a rat.

She shows up at his house anyway, where his wife Kate (ZZ Moor), unaware of their past history, treats her with dignity and respect and a big platter of cheese.

The play does a 180 here, and the comedy we had been laughing at so heartily up to now turns serious, things are revealed that are better left unsaid, Hiser does an excellent job of holding in his anger until he must explode–and does.  Moor is wonderful as the clueless wife, just trying to be a good hostess, who gets a big dose of things she had no business knowing.

The play ends up back at the Bingo parlor with a lively discussion taking place and a surprising conclusion.

Capitol Stage’s production of “Good People” is marvelous and shouldn’t be missed.
Posted by Bev Sykes at 12:19 AM