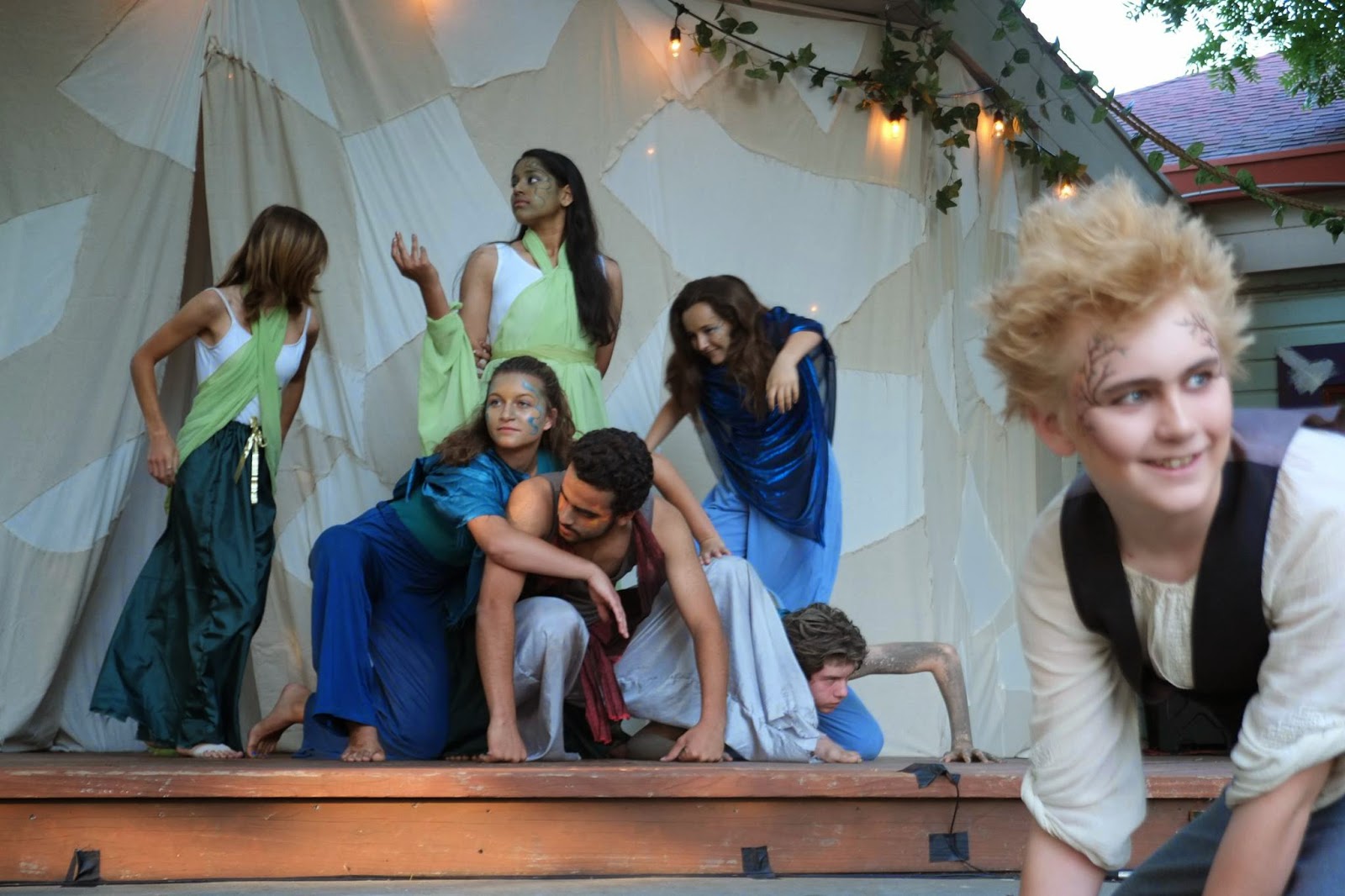 Acme Theater Company is doing it again. This weekend the group is presenting its 31st Memorial Day program free to the city of Davis for its support throughout the company’s history.

This year’s gift is Shakespeare’s “The Tempest,”which can be seen at the Davis Arts Center’s outdoor amphitheater and is, as always, completely free. Bringing your own blankets or chairs is recommended. (Barbeque items are also for sale starting at 6:30 p.m., before the show begins. But you have to pay for those!)

“The Tempest,” performed by Acme for the first time, is described by director Betsy Raymond (who is directing for the first time) as “full of romance, slapstick comedy and magic and is also a play woven with revenge, manipulation, and moral gray areas.” Whew. That’s a lot.

In fact, at the end of the play, I saw some Acme alums standing in a circle trying to explain pieces of the plot to each other, and a young woman was talking with people sitting next to me, saying “Well, I read this in 10th grade, but I got nothing.” A man was telling his wife that he didn’t have time to read the synopsis on his cell phone at intermission, so had missed a lot of the plot.

The company, at least in Act 1, was also battling for audience attention with the cars on Covell Boulevard, and the train whistles; both of which seemed to have died down by Act 2.

However, with all of that, the group put on an excellent performance in which some actors stood head and shoulders — sometimes literally — above the rest, though all did a fine job.

Colin French, is playing Ariel, a puckish spirit who is bound to the magician Prospero (Brian Stewart), who rescued him from a tree, where he was imprisoned by a witch. French, a sophomore (with two more years to mature in Acme) gave the standout performance of the evening. It was a thing of magic, as he runs hither and thither, popping in and out and just enjoying his role to the hilt.

No slouch, either is the Prospero of Brian Stewart. Prospero is the exiled Duke of Milan, secretly enjoying being imprisoned on an island with all his books and not having to run a country, but whose goal is to restore his daughter, Miranda (Danielle Schlenker) to her rightful place on the throne.

To help him achieve that goal, he manipulates a meeting of Miranda with Ferdinand (Matthew Fyhrie), son of Alonso, King of Naples (Andre Martinez), who believes his son perished in the shipwreck. Schlenker and Fyhrie make a beautiful young couple, who fall in love at first sight.

Also bound to Prospero is Caliban (Benton Harshaw) son of the witch who bewitched Ariel. Harshaw gives an intense performance, particularly effective when he uses a gravely voice to express his feelings toward Prospero.
Leo Goldstein gives a performance worthy of Ray Bolger as Trinculo, the king’s jester, with floppy limbs and seemingly very few bones in his body. He is friends with Stephani (Tina Simpson) and the two of them have many drunken revels together and they plot with Caliban to overthrow Prospero, a plan that is easily quashed.

Another excellent performance is turned in by Raphael Gorga, as Gonzalo, a Neopolitan courtier who was helpful to Prospero and Miranda when they were shipped off to sea, and is now an advisor to Alonso.

Set design for this show is by Brian Stewart and Aaron Hirst, who have created a blank canvas on which the action takes place, aided by the lighting design of Arina Ushakova and Wil Forkin. However, the set design takes in the specific qualities of the Arts Center, by using the trees and the many doors into the building as part of the action.

This is a high-energy show, which shows good promise for Betsy Raymond’s future directing career. The price is right and you won’t be disappointed if you stop by the Arts Center to see a performance.
Posted by Bev Sykes at 5:27 PM