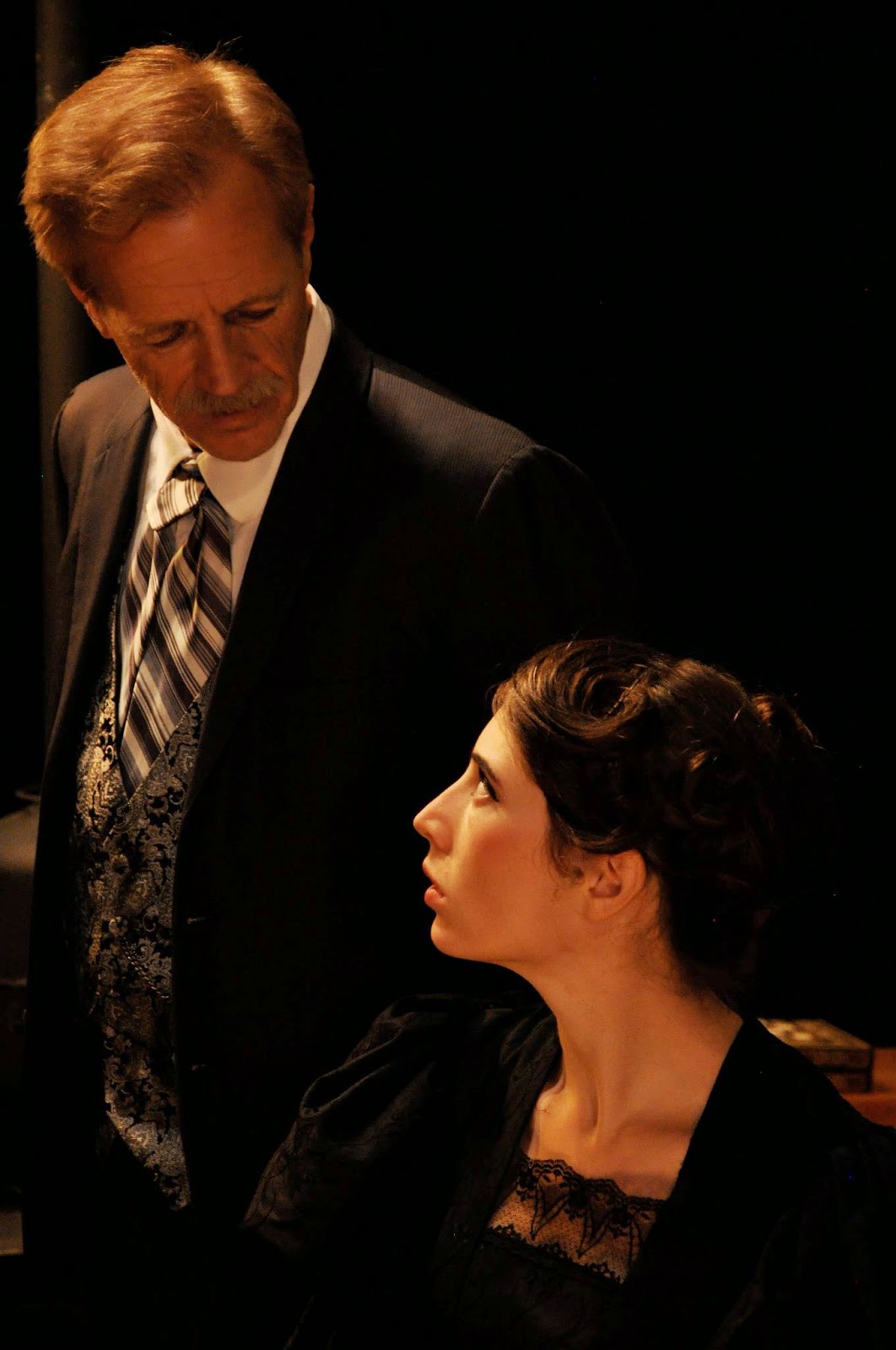 I have to confess that despite my 71 years of living and 15 years as a theater critic, I had never seen Henrik Ibsen’s “Hedda Gabler” until we caught a performance at the Art Theater of Davis last weekend. It took a bit of research, both before and after seeing the play, to answer some questions I had.

While I like the new theater built in the Third Space building, there are a few complaints. First, there are approximately 30 folding metal chairs and four chair pads. The lucky first four to arrive spend a more comfortable couple of hours than the unlucky bunch who follow them. Patrons might like to think of bringing their own chair pads.

The second complaint is that on Thursday, the temperatures had gone up to 90 in the afternoon and the theater was beastly hot. This is only going to get worse as summer arrives, so people may want to plan accordingly with fans or whatever they have that will make things more comfortable for them.

This is a new translation of the Ibsen classic, translated by Adam Siegel and adapted by Timothy Nutter (who also plays Eilert Loevborg)

The play first opened in Munich in 1891 and was not well received. Germans liked their heroines to be docile and Hedda is anything but. This bride of only six months is already bored with married life, barely tolerates her bookish husband, and manipulates everything and everyone around her.

Art Theater’s Hedda (Tatiana Ray, an Acme alum) gives a beautiful, subdued performance, shrinking from her husband’s touch, yet sparkling in conversations with Judge Brack (John McLean), a family friend who is not so secretly in love with Hedda. Hedda has some of the most gorgeous costumes of the production, particularly her red velvet Act 3 number (costume design is by Nutter, who also designed the set and directed the show, in addition to adapting the script).

Husband Joergen Tesman (Tyler Shaffo) is a man who is head over heels in love with his wife, and lives in a fantasy world where she loves him, too. He is willing to put himself in debt to provide her with everything she wants. Shaffo’s Tesman is an affable guy. Sometimes you roll your eyes at his inability (or unwillingness) to see situations right under his own nose, but you still root for him.

The Tesman of this production tosses “ya” into his speech at odd times. He’s the only one who does and it makes one wonder why? Is this the nod to the Norwegian origins of the play? It sticks out like a sore thumb every time.

Judge Brack, though revealed to be unscrupulous, is a likeable rapscallion and McClean gives a strong performance as the third party in the marriage of Hedda and Tesman.

Tess Chism plays Hedda’s old school chum, Thea Elvsted, herself also in a loveless marriage, who has been working with Loevborg on his new book. Chism gives a fine performance despite being sabotaged by the most awful looking wig I have ever seen. Apparently someone decided that since the character is Norwegian, she should have a blond wig. This one shimmers unnaturally, comes undone, and shows her real dark hair in many places.
Lisa Halko gives a very strong performance as Aunt Julle, Tesman’s loving aunt, who has raised him from early childhood. Julle is thrilled that Tesman has found a wife, who is both beautiful and high-born, and anxiously awaits the news of an expected baby, though Tesman is too dense to understand her not-so-subtle hints.

Nutter is a powerful Loevborg, who was once Hedda’s lover and Tesman’s former colleague, now in competition with him for a teaching position. Loevborg is a recovering alcoholic and when he falls off the wagon at a party and confesses to Hedda that he has lost his priceless manuscript, instead of letting him know that, in fact, she is the one who lost the manuscript, she gives him a gun and encourages him to commit suicide.

The final character in this play is the butler/family retainer Berte (Dylan Wright). I liked his performance very much but there was just something “wrong” about it. His character seemed out of place in this drama and it was not until I did some research after the play that I realized the role was written to be a housekeeper, Bertha. Everything he did was wrong for a butler, but right for a housekeeper. I’m surprised that the role was given to a man.

This production sometimes lacks energy and on the night I attended it seemed like there were some difficulties remembering lines, though that may have been my imagination, as the cast covered well, if there were. But it is an ambitious project for the fledgling company and on the whole they carried it off well.
Posted by Bev Sykes at 5:25 PM