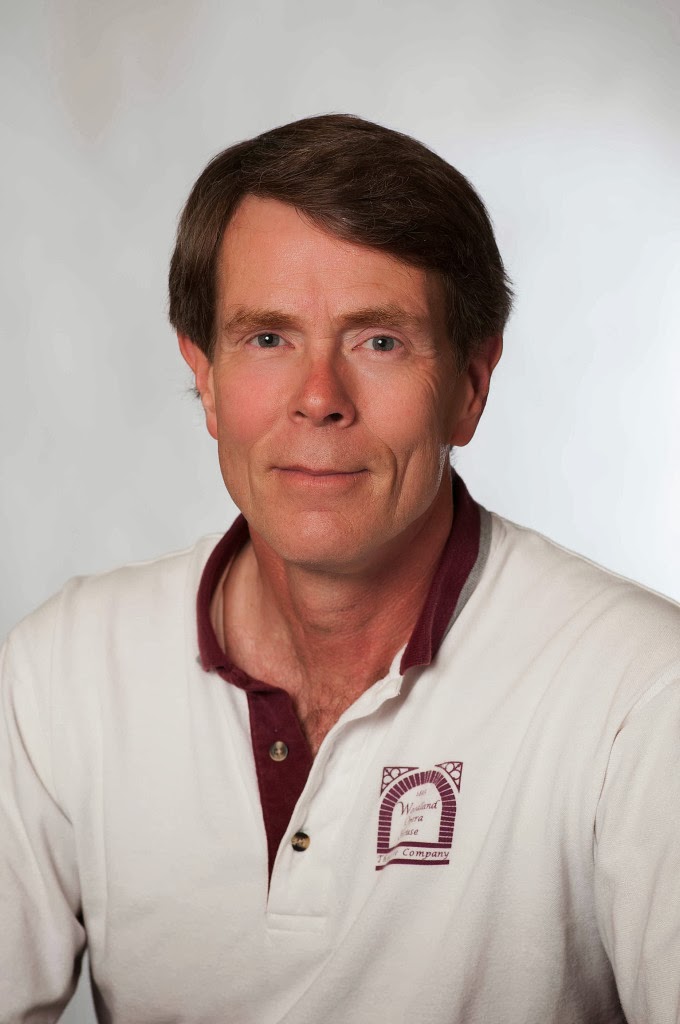 “It’s been a good run, but I just have to shake things up a bit,” said Jeff Kean, current managing director and company Pooh Bah for the Woodland Opera House. Kean, who leaves his job after 18 years at the end of the month, says it’s been “an interesting confluence of events” that has led him to his impending retirement.

Kean arrived in Woodland in 1996, after working for four years in Texas.
While Kean started out wanting to be an actor (“I started at age 15, as a mugger in a play”), he quickly realized that the real fun for him was in working behind the scenes. He credits one of his acting instructors, who had been a professional actress in New York for many years, for giving him the real story of the kind of life he could expect as an actor.

“I wanted to have a home and a house that I live in. You’ve gotta be willing to go on the road for months and I didn’t want to do that, so I switched over to design my last couple of years,” he said. “I then went to grad school and got a couple of paying gigs. Somehow I transitioned into management because people needed managing. But I enjoy that.”

And the Opera House has enjoyed his management. On Saturday night a ceremony was held to honor the soon-to-be-retired manager, with participation from many Opera House members, as well as member of the community.

Each member of the audience was handed a life-size paper cut-out of Kean’s head in one of the many roles he played in the 2008 production of “Tuna Christmas.” Our instructions were that we were to raise the cut-outs whenever we heard the word “Jeff” coming from the stage. 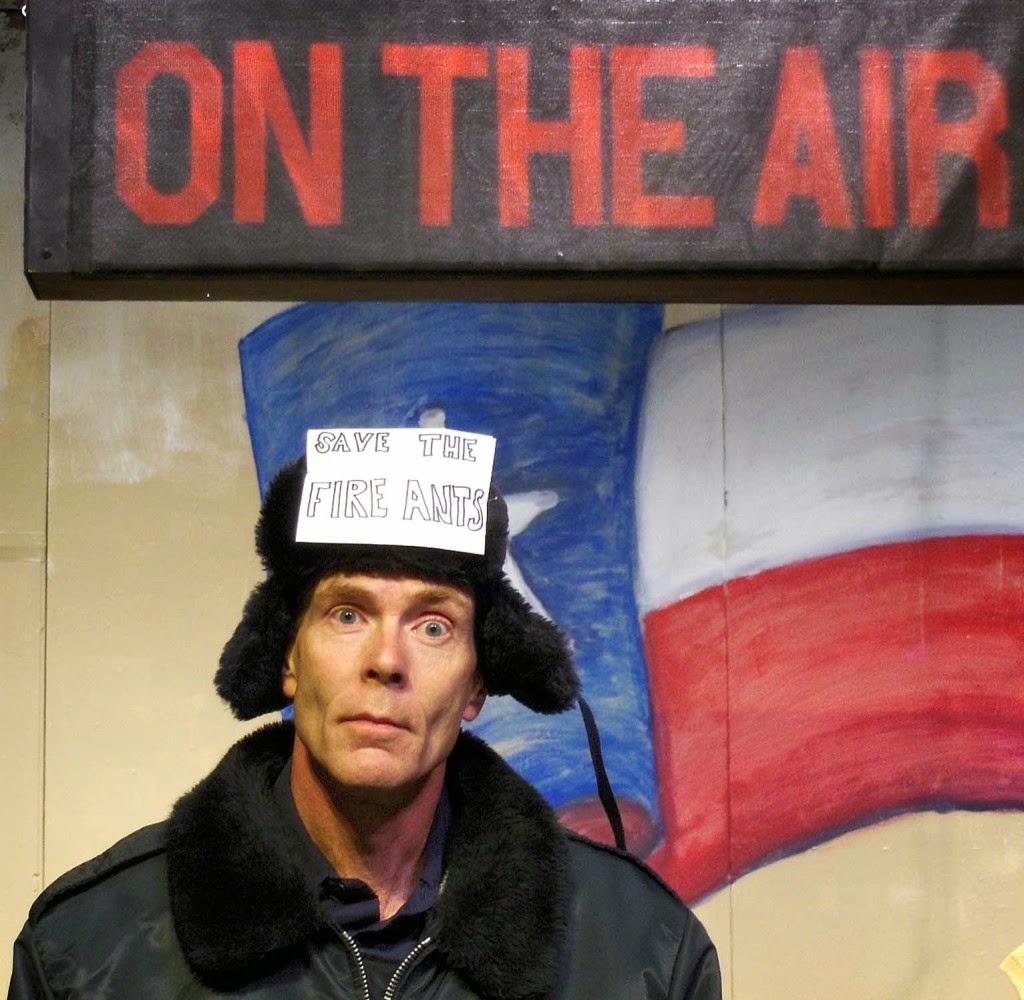 Kean and his fiancée, Laurie Weidner, were seated in thrones in one of the side boxes of the theater, drinking champagne from Waterford crystal glasses, while Master of Ceremonies Steve Cairns opened the festivities with a video of members of the community, with comments about the guest of honor.

There was a telephone call from Lou Anderson, former stage manager of the Opera House, now living in Arizona, who reminisced about his time working with Kean.

Outgoing Opera House board president Mike Patmas commented that thanks to Kean, the Opera House was “well-managed, solvent, in the black, with money in the piggy bank.”

Kean lists as his management highlights “running at least a break-even operation. We established an endowment fund, which is doing really well. We’re generating income to pay for maintenance, so that’s really a safety net for us. Very few theaters have a safety net. We’ve got one.”

In addition to running a break-even operation, the Opera House has purchased a building which they own outright. “That’s a wonderful addition. We have two studios over there, a shop and a costume shop and storage. Having that is a major advantage.”

And then there were all those theaters he helped design. In 2006, Woodland passed Measure E, which would allocate funds for the improvement of the Opera House and expansion of its program. First Kean worked with architects to plan an expansion of the current building, but only got as far as adding an elevator and five new bathroom stalls for women before the economic downturn happened. When things began to pick up, he again worked with an architect to design a theater using the old State Theater space, but that plan fell through. Then he worked to plan turning unused space at the adjacent Daily Democrat into a theater expansion, but so far nothing has come of that.

“That’s politics,” says Kean, who shrugs and adds, “They’re supposed to redo the City Hall, redo the library, redo the Opera House, redo all the pools in town, reopen the one that’s been closed and do roads. So far they have done some road work. The pool remains closed, City Hall is just like it was. The library is almost closed. And the Opera House got an elevator and five new toilets. That’s what the citizens of Woodland got for $60 million.”

When asked if it was frustration with politics that caused him to leave his job, he replied, “No. I’ve lived here a long time. I’m used to it. But if the State Theater project had gone forward, if I had seen some determination on the city council’s part to follow through on that project, I would have been honor bound to stay and see it through. I couldn’t have left. I would have seen it through and got it up and running, which probably would have been another four or five years.” He added: “The city voted $3 million dollars to expand the Opera House out of the sales tax money. We’ve used about half a million for design of the building that didn’t work and elevators and the bathrooms and all that. As far as I’m concerned there’s still two and a half million on the table.”

On stage, Mayor Skip Davies expressed his good memories of working relations with Kean and added, “the city isn’t going to forget its obligations to the Opera House.”

Kean was also presented with a state proclamation, signed by State Senator Lois Wolk, D-Davis, which listed his many accomplishments, including the five extra bathroom stalls in the women’s bathroom.

“My legacy is five extra stalls in the women’s room,” said Kean with a laugh. “I’m putting a little plate in the second stall from the window on the right. It says ‘Jeff Kean sat here for 13 years.’ You know actors. They like to leave their name in theaters! It’s exactly where my chair used to sit when it was my office. I couldn’t ask for a better legacy. Leave ‘em laughing.”
In addition to a memorial bathroom stall, the “green room” of the Opera House is now being renamed the “Kean Room.”

Kean seems most proud of the fact that he has built such a competent team that he knows he is leaving the Opera House in good hands. “Angela Baltezore is an excellent administrator, she’s a good director, she can act and she runs a great education program. She’s a good teacher.”

As for Kean, he admits to being tired. Before Woodland, he had never stayed in one place for more than four years, but he’s been here for 18. “It just isn’t fun for me any more,” he says.

Of course there is also his fiancée moving to Southern California for her job and it’s no fun facing a long-distance relationship either. He’s ready to take some time off to smell the roses and walk on the beach before deciding where his life is headed.

“Woodland is a wonderful place,” he says. “I enjoyed everything I’ve done here, but I just wasn’t enjoying theater any more and that really was alarming. It wasn’t hard, but it became a chore. I didn’t want it to be a chore and I was in a position to do something about it. The theater transition was going to be seamless and into the hands of people I trust.”
Posted by Bev Sykes at 10:05 PM