The K of D 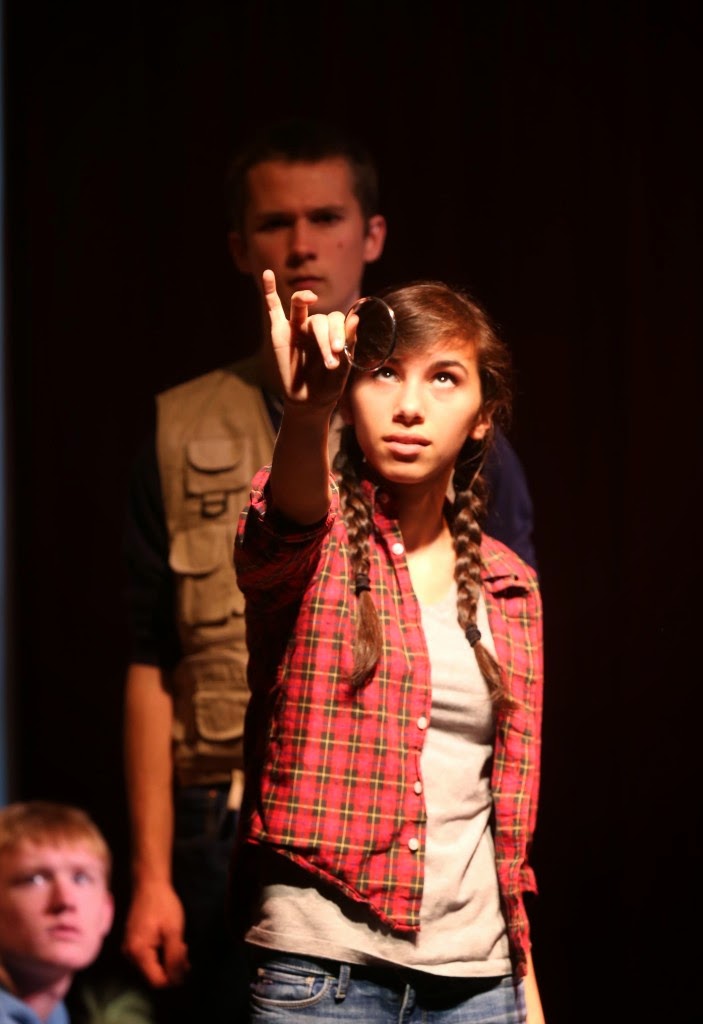 Laura Schellhardt’s “The K of D” seems a strange choice of a play for Acme Theater Company because it was written as a piece for one woman, playing 16 different characters.

Director Maddy Ryen explains that “The author’s notes on the play says: ‘This play was originally created as a one-actor play. It might be performed with more than one actor. I look forward to seeing what that looks like.’ ”

Given the author’s blessing to shape the play to fit a full cast, Ryen was happy to have a script that would use 12 talented actors, rather than the smaller cast shows that Acme often does in the wintertime.

“It has been quite interesting to see what it looks like,” says Ryen. “Many moments in the script feel very different with a full cast of characters than they would with a single actor alone, and it was a new experience interpreting a script originally intended as a one-woman show. It gave us a lot to talk about in rehearsal.”

“K of D” (which means “kiss of death”) tells the story of Charlotte, a young woman who can’t quite find a way to proceed in her life because of one traumatic event, witnessing the death of her beloved twin brother Jamie, hit and killed by a car. His last act before dying was to kiss her goodbye and ever since, it is said that anything she kisses, dies.

Is that really true, or not? It has become an urban legend told by the town’s young people as they sit around a campfire scaring each other, and trying to make sense of both Jamie’s death and Charlotte’s “kiss of death.” They are both horrified and titillated by the idea of the death of one of their own, and Charlotte’s power to cause death.
In here program notes, director Ryen admits that “there is a lot in this play that I still can’t make sense of…” but the cast does a first-rate job of exploring those things, whether any conclusion is reached or not.

“The Girl” (Callie Miller) acts as the story’s narrator. Miller does a masterful job of keeping the action moving and displaying a number of emotions, from happiness to sadness to sympathy to concern. She was wonderful to watch.

Camila Ortiz was Charlotte, the traumatized girl who is on stage most of the time and who has no lines, but whose face tells multiple stories of her past, her relationship with her parents, her despair over the loss of her brother, and her feelings of alienation from her peers.

Jake Kelly is Quisp Drucker, who appears to be the leader of the group of five young people processing the tragedy of the death of Jamie McGraw, though The Girl explains that the real leader is Becky Rae Voss (Tina Simpson), the bubble gum cigarette blowing girl who has the answer to everything.

It was Cole Yambrovich, as Trent Hoffman, who had the strongest presence. Like Howard in “Big Bang Theory” his role was not big, but he made an impression. Aaron Hirst played his quiet brother Brett, who spoke when it became necessary.

The group was rounded out by Meili Monk, as Steffi Post, who played it in a Sandra Oh-ish way and was fun to watch.

Charlotte’s parents were Alice Moylan, an uptight woman dealing with her own insecurities, and Brian Stewart, an overbearing father who has an iron hold on Charlotte, which she is trying to remove.

Kenya Oto has the very small role of Jack Whistler, and William Forkin plays his son, the man who killed Jamie. He has a swagger and a sneer that make him instantly the villain of the piece.

Sydney Maguire plays a series of Johnny’s girlfriends. Her part is very small, but she did a great job of creating different characters for each of the roles.

The Paula Trokanski Dance Workshop is a great venue for Acme and it must be satisfying to play to a full house. Director Ryen has done an excellent job shaping this one-woman show into an ensemble piece that plays to Acme’s strengths. And high marks for whoever devised the firefly scene, which was magical.
Posted by Bev Sykes at 10:39 PM

Labels: Acme, The K of D