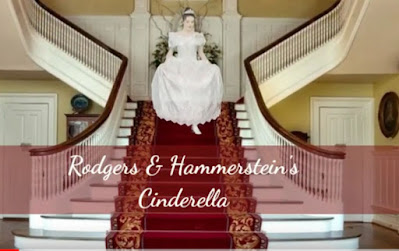 Theater people aren’t daunted by a little thing like an international pandemic.  Theaters all over the world have shut down in the wake of COVID-19, even the big shows on Broadway.

The last show I reviewed for The Enterprise was Davis Musical Theater Company’s (DMTC) production of “Camelot” in March of 2020.  Now DMTC is presenting its virtual production of Rodgers and Hammerstein’s “Cinderella” through March 21.  While it is not the same as seeing it live in a theater, it’s surprisingly good.

If there is any “star” of this production, it’s director Steve Isaacson, who describes the process by which this show was created:

Anyone who has ever tried to get a chorus to sing “Happy Birthday” to a friend on a Zoom call should realize the problems of getting all the voices together and matching them not only note for note, but also the acoustical differences in the places where they are recorded.  It’s a technological challenge.

Starting with the sets, since everything is done in front of a green screen so that the sets are actually projected, this is definitely the best looking show DMTC has ever done.  The interior of the castle alone looks like the Hall of Mirrors in Versailles and the town where everyone lives could be off of a postcard.

The cast is excellent, particularly Hannah Salas in the title role, Beth Ellen Ethridge as the Fairy Godmother, and Chris Cay Stewart as the Queen.

Musical direction is by Kyle Jackson and choreography is by Arianna Manabat.

The opening number is so well sung and danced that it’s difficult to believe that all those people aren’t on the stage together.

Dannette Vassar is the stepmother, while Andrea Borquin is daughter Portia and Morgan Bartoe is daughter Joy.  Discussions among the family are done with Zoom and costumer Jean Henderson has made those beautiful actresses downright ugly in their animosity toward each other and particularly toward Cinderella.  Heidi Johnson is given credit for creating the headdresses for the three women.

Duets are filmed on the stage, each actor doing his or her part alone, for Isaacson to put together later.  Some duets work better than others.  One particularly good one is between the Queen and King (Richard Spierto), who sing to each other while facing each other, holding hands.  The position of the hands of each of them is perfect and it’s difficult to realize they really aren’t holding hands.

The magic of the fairy godmother, turning a pumpkin into a carriage, mice into horses, and Cinderella into a beautifully dressed woman is impressive, though Cinderella doesn’t seem to be surprised at her new appearance.

The only disappointing scene is the ballroom scene in the palace.  There are too many people doing too many things, most of which don’t come together the way they are intended, with some people the wrong size and people walking into each other or popping from one side of the stage to the other.  This may be partly because of three different PCs crashing on Friday.  Sadly, the crashes prevented Cinderella from descending the stairs on her departure from the castle, a beautiful scene in the promo for the show..

Still the prince (Hugo Figueroa) finds his Cinderella and the glass slipper fits and everyone lives happily ever after.

This is not a perfect production, but it’s an amazing undertaking and well worth seeing, especially if you’ve been missing theater for the past year – and you don’t need to wear a mask.