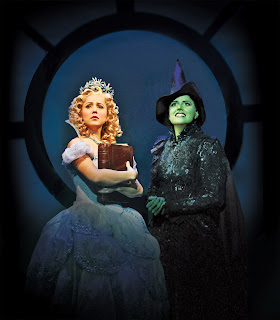 After two years of teasing, California Musical Theatre finally brought the touring Broadway production of “Wicked” to the Community Center Theater for a four-week run, double the usual time.

Judging by the long line of patrons snaking into the building, the virtually filled theater, and the wild applause that greeted the lowering of the lights prior to the overture, the wait had been worth it.

There’s no question about it, this musical is magnificent. It features a large cast, a spectacular set, beautiful costumes and more special effects than have been seen on the auditorium stage in a very long time. There is an added plus of a real orchestra that does not need so much amplification that your ears hurt.

It’s easy to see why this musical has won every major award possible (35 of them), including the Grammy Award, the Olivier Award, three Tonys and six Drama Desk awards, including best musical. Ticket sales for North America have totaled $1.8 billion.

The success of the musical has boosted the sales of the Gregory Maguire book, already a bestseller, to nearly 5 million.

The story is Maguire’s prequel to “The Wizard of Oz,” answering such questions as “why is the wicked witch green?” “Does she have a name?” (Yes — Elphaba — Maguire’s homage to L. Frank Baum’s name), “Was she born mean, or did she become mean?” and “Can anyone really be as sticky sweet as Glinda?”
The fast-paced show travels to all the familiar places we know from “The Wizard of Oz” and the little hints and quotes from the movie are fun to find tucked in among the Stephen Schwartz music, Winnie Holzman script and Eugene Lee set.

Having seen the show once before in San Francisco and being very familiar with the original cast recording, what I liked about this production was that Nicole Parker (Elphaba) and Alli Mauzey (Glinda), who both played the roles on Broadway, made the roles their own, with a more subdued (in spots) performance, a different emphasis on parts of familiar songs, allowing one very quickly to lose the image of Idina Menzel and Kristin Chenoweth, who originated the roles.

Glinda is the overly perky, blond cheerleader type who arrives at Shiz University surrounded by her adoring entourage and just knowing she is going to end up with the most handsome guy on campus. She is a flibbertigibbet concerned only with herself, her looks and what makes her look good.

Elphaba, having had a sad childhood that included abuse at the hands of her father, and being made to be the caretaker for her disabled sister Nessarose (Emily Ferranti) — someone should drop a house on her — is a serious student, concerned about real-world problems. If she weren’t stuck in Oz she’d be at an Occupy protest somewhere.

The two are assigned to be roommates, and it’s loathing at first sight, though the emotional “For Good,” at the end of the show, tells what kind of effect each has had on the other as their friendship has grown.

Rounding out the cast are a host of Ozians, such as Boq (Justin Brill), the Munchkin who is in love with Glinda and is willing to do anything she wants to win her heart, though in the process he loses his own.

Andy Kelso is Fiyero, who arrives at Shiz the male equivalent of Glinda … not interested in study, wanting only to party and hang out with the most beautiful girls on campus. Over the course of the show, he finds true love and undergoes perhaps the greatest transformation of anyone in the show.

P.J. Benjamin is the Wizard, harboring a secret longing all of his life and realizing, too late, that he didn’t have to look farther than his own front yard because it was there all the time.

Liz McCartney is Madame Morrible, headmistress at Shiz, who takes Elphaba under her wing when she discovers the girl has magical powers that can help her in her own goals.

Though this is a long show (and plan for a long wait in the parking lot afterwards), it passes in an eyeblink. I saw children of all ages in the audience and big groups of them all over the theater who cheered everything. It’s a good-feeling show that will leave you on a high. And the Act 1 finale will give you goose bumps. 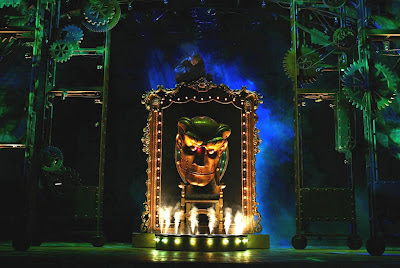 My father and I are surprising my mother and driving her to Chicago for her 50th birthday. The surprise is that we We spent just $205 for tix Really Do not miss it , especially with parents .. I would go again in a heart beat.