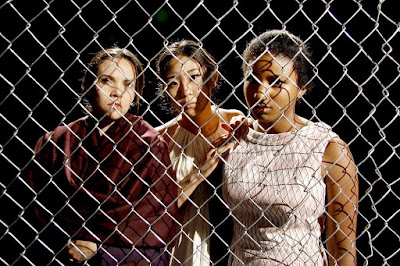 Greek playwright Euripides wrote ‘Trojan Women’ in 415 B.C.; it has been updated several times, including a 1993 version by Irish playwright Brendan Kennelly.

The current UC Davis department of theater and dance production is directed by Kirsten Brandt, current Granada artist-in-residence. It is a good bet that none of these people anticipated the chaos that has gripped this country for the past year, especially where it concerns women’s issues.

Euripides’ women, following the end of the Peloponnesian War, have traditionally been seen as passive victims at the mercy of their Greek male conquerors. However, this version by Kennelly sees them as feminists who, despite the terrible conditions of their imprisonment, manage to support each other and keep their dignity. It examines the nature of women and their strength individually, and especially when supporting each other.

(You can almost hear William Wallace shouting, “They may take our lives, but they’ll never take … OUR FREEDOM!”)

Heading the marvelous cast of actors is Danika Sudik in an awesome portrayal of Hecuba, Queen of Troy. Sudik must lose a couple of pounds with each performance just from the intensity of her monologue deliveries. She is a force to be reckoned with, as is her character.

Rose Kim is her daughter, Cassandra, raped by Ajax, driven mad by her visions of the future and carted away to become the concubine of Agamemnon.

Andromache also was given an intense performance by Kelly Tappan. To Talthybius (Brandon Thomas) falls the task of warning Andromache that her son Astyanax will be killed so that he cannot grow up to avenge his father’s death.

Astyanax has a non-speaking role but 5-year-old Bodan Burmester, from the local Burmester theater dynasty, was amazing, especially lying “dead” on stage for a longer time than most of us could remain motionless. He was very professional.

The women share their collective grief and suffering through exchanging memories and song.
There is a duplicity in the agony of the women when it comes to Helen (Jennifer Vega), whom they blame for all of their sufferings; she is assaulted with hateful speech by all of the women. The feminist bond, it seems, does not extend to include every woman affected by the conditions.
Overseeing the proceedings are the gods Poseidon (Lucas Hatton) and Athena (Caitlin Sales).

“We may like to believe we have come a long way since Euripides’ time,” says director Brandt, “but the presidential election has unmasked deeply embedded misogyny, racism and xenophobia in this country.” She hopes that this production, set in “the not too distant future,” will be a cautionary tale.
Posted by Bev Sykes at 6:46 PM