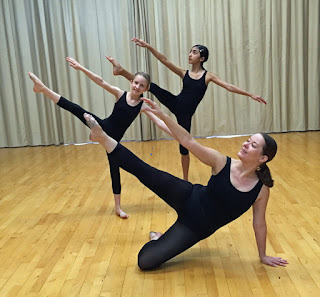 Pamela Trokanski, a Davis treasure, has been choreographing, performing and teaching in Davis for 34 years. She has given lectures and demonstrations and, since 1994, has funded almost 10,000 free-movement classes for adults 65 and older. She has provided free dance classes for people with Parkinson’s Disease and their caregivers since 2010. At one time she wrote a dance column for The Enterprise.


When I started as a critic, she invited me to come and review one of her dance concerts. I explained that I knew absolutely nothing about dance and she said that made me perfect to review her shows because she meant them to be accessible to everyone.

Over the years, I don’t know how much I have learned about dance, but I certainly have appreciated how accessible they are to everyone.

“Darkness into Light” has one more weekend to play at the Trokanski studio. It is a most timely piece, opening the day of the Pittsburgh killings and a week after all the bomb deliveries. The message is about trying to find peace in this chaotic world in which we live, where we are bombarded by pressures and negative messages on all sides.

How do we find peace for ourselves when we are concerned about the health of the planet or the rapid changes in technology? How do we find balance in a world that feels increasingly chaotic and disorganized? We no longer worry about lions, tigers and bears (oh my) but politics, ethics and technology.

Trokanski’s printed programs are always frustrating because they are misleading. There are eight dancers, it says, but nine show up (the unlisted dancer is Trokanski herself). Music is listed in order of performance, but a piece by Pink (which I figured would help me figure out if I was keeping up) is No. 4 on the list and No. 7 in the performance. Company member stories are listed in order, but Allegra Silberstein (the only dancer I recognized) is No. 2 on the list and doesn’t speak until fourth or fifth.

Better to forget trying to keep it straight and just enjoy the dancing (unless you have to write a review of it).

Dances are accompanied by Trokanski’s narrative or by individual dancers’ recorded “stories” of stressors in their lives, some of which set the stage for particular dance numbers.

In one number, the message is about the daily pressures of life: “Have I remembered to put everything in my purse?” “Where are my keys?” “Is there a traffic jam?” “Am I overwhelmed at work?” etc. She compares the stress to the Lucy/Ethel episode of working in the candy factory, with the ever-increasing speed of the conveyor belt. The dancers make the machine, with all the automatic actions while the recorded speakers dance the role of the overwhelmed person. It was an amazing bit of synchronized action that went on so long I don’t know how the dancers had energy to move to the next number.

After a couple of numbers which give suggestions for how to use meditation to slow down our rapid thought processes, there is a beautiful finale, with each dancer holding a lighted candle — and doing an amazing amount of rolling around just barely not touching the candles! They gather together to “Sleeping at Last” for their final bow.

This is a beautiful, meaningful recital, easily enjoyed whether you know dance or not. Just don’t try to follow the printed program.
Posted by Bev Sykes at 12:45 PM