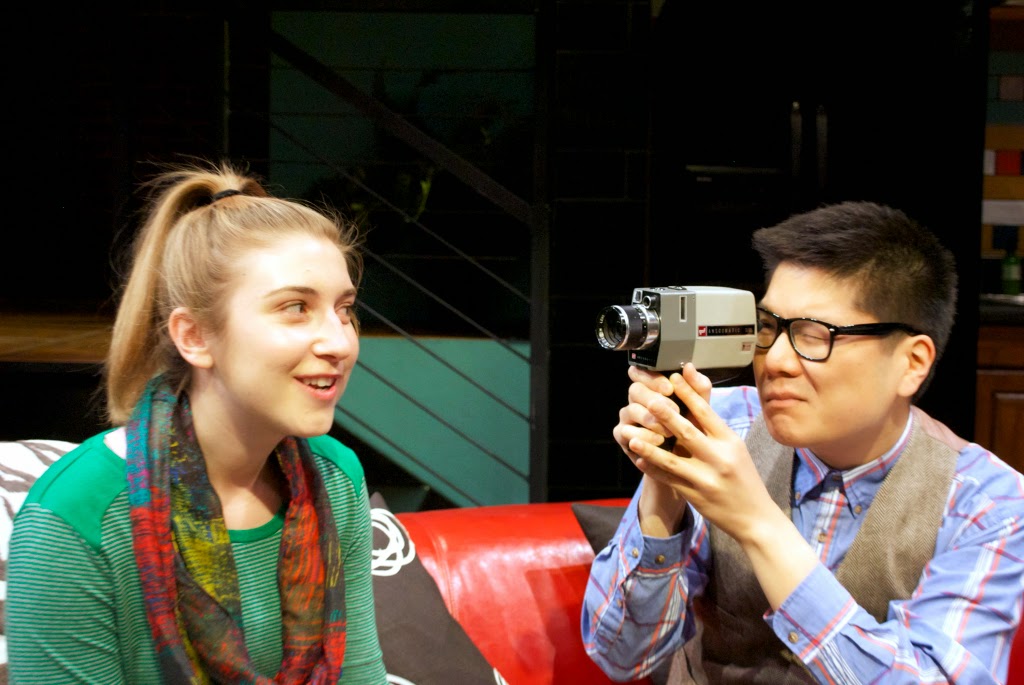 Julie’s parents have always taught her to think for herself. As the 16-year-old entered adolescence, they were prepared for her to experiment with drugs or alcohol or with sex (gay or straight) and they were OK with that.

They are modern parents raising a modern kid, but when Julie decides to explore religion, specifically Christianity, all those parenting values come into question and set off an exploration not only of parent-child relationships, but the husband-wife relationship as well.

“Oblivion” is a comedy by Carly Mensch, perhaps better known as a writer for the popular Showtime series “Weeds” and “Nurse Jackie.” It opened, in its West Coast premiere, last weekend at the B Street Theatre, under the direction of Buck Busfield.

Mom Pam (Elisabeth Nunziato) is an atheist, the high-powered breadwinner who works for HBO, making documentary films. She is also the disciplinarian in the family, the “bad guy” who battles Dixon when it comes to issues concerning Julie’s behavior.

The two of them are described by Julie’s best friend, wannabe filmmaker Bernard (Arthur Keng), as “the most open-minded, liberal people on the planet.”

The problem starts when Julie (Julie Balefsky) returns from a weekend with Bernard. She says it was visiting Wesleyan College, but Pam and Dixon think they know better and question her unmercifully. When they discover (through snooping through Julie’s diary and grilling the intimidated Bernard) that she has been attending his Baptist church and reading the Bible, all hell (or what passes for hell in an atheist household) breaks loose.

Julie’s curiosity about Christianity is only the jumping-off point for the more serious revelations that expose the cracks in the relationship between Pam and Dixon.

Like Mensch’s “Nurse Jackie,” this is a comedy with lots of dramatic overtones to it, so it may be more appropriately called a “dramady.”

Balefsky gives a fine performance as the rebellious teenager, trying to find her own path. Julie isn’t a bad kid. She’s trying to discover who she is, and is surprised that she has none of the sexual angst of many of her peers. Her friendship with Bernard is strictly platonic but she has a yearning to fill a hole in her soul and hopes that Christianity will provide the answer.

Nunziato is both strident and vulnerable in her portrayal of Pam. Her long-held ideas are falling around her and she is desperately trying to hold on to them.

Johnson's Dixon is laconic and detached from life. He has withdrawn from just about everything, but the crisis with Julie is slowly bringing him back to life, a life he may find difficult to adjust to.

Though Bernard seems an odd character in this dramady, Keng is actually the soul of the story — a geeky kid who wants to invent something “new” in film that has never been seen before. Critic Pauline Kael is his hero and he writes her heartfelt letters and holds imaginary conversations with her. He is devastated to discover that she died several years before.

The end of the story is almost a cop-out, though it is Bernard who kind of ties it all together.

This is an odd show, but with lots of laughs along the way.

(The multi-level set by Sam Remo is wonderful.)
Posted by Bev Sykes at 8:46 AM